Dig deep into the dread-filled decade of the 1970s with this newest anthology from Nosetouch Press! 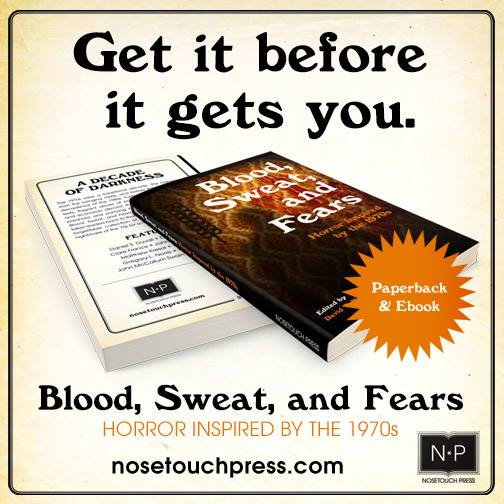 The 1970s were a transitional decade. The hangover from the swinging 1960s, and before the plastic, neon decadence of the 1980s. Fueled by war, popular protests, flagrant abuse of power, environmental shocks, and economic discord, the 1970s were a synthesis of paranoia and partying in a rapidly changing world. Blood, Sweat, and Fears: Horror Inspired by the 1970s takes readers back to that diabolical decade, in an unforgettable collection of ten stories that conjure the nightmare of the 70s for a new generation.

Find it on Amazon for Paperback and Kindle here and on Barnes & Noble for Nook here!